UNITED NATIONS, United States, Sept. 12: (AFP) -The UN Security Council on Monday unanimously imposed new sanctions on North Korea, slapping a ban on textile exports and restricting shipments of oil products to punish Pyongyang for its sixth and largest nuclear test.With backing from China and Russia, the council adopted a US-drafted sanctions resolution just one month after banning exports of coal, lead and seafood in response to North Korea’s launch of an intercontinental ballistic missile (ICBM).US Ambassador Nikki Haley said the tough new measures were a message to Pyongyang that “the world will never accept a nuclear-armed North Korea,” but she also held out the prospect of a peaceful resolution to the crisis.”We are not looking for war. The North Korean regime has not yet passed the point of no-return,” Haley told the council.”If it agrees to stop its nuclear program, it can reclaim its future. If it proves it can live in peace, the world will live in peace with it.”If North Korea continues its dangerous path, we will continue with further pressure. The choice is theirs.”The South Korean government welcome the resolution, calling it a “grave warning that (North Korea’s) continued provocations will only intensify its diplomatic isolation and economic pressure.””North Korea must realize that denuclearization is the only way to guarantee its security and economic development,” a statement added.During tough negotiations, the United States dropped initial demands for a full oil embargo and a freeze on the foreign assets of North Korean leader Kim Jong-Un in a bid to win support from China and Russia.The resolution instead bans textile exports, cuts off natural gas shipments to North Korea, places a ceiling on deliveries of refined oil products and caps crude oil shipments at their current level.It bars countries from issuing new work permits to North Korean laborers sent abroad and seeks to phase out the practice by asking countries to report on the date for ending existing contracts. Some 93,000 North Koreans work abroad, providing Kim’s regime with a source of revenue to develop its missile and nuclear programs, according to a US official familiar with the negotiations.Under the measure, countries are authorized to inspect ships suspected of carrying banned North Korean cargo but must first seek the consent of the flag-state. Joint ventures will be banned and the names of senior North Korean official and three entities were added to a UN sanctions blacklist that provides for an assets freeze and a global travel ban.It was the eighth series of sanctions imposed on North Korea since it first tested a nuclear device in 2006.- ‘Big mistake’ to avoid talks -The United States and its allies argue that tougher sanctions will pile pressure on Kim’s regime to come to the negotiation table to discuss an end to its nuclear and missile tests.Russia and China are pushing for talks with North Korea, but their proposal for a freeze on Pyongyang’s missile and nuclear tests in exchange for suspending US-South Korean military drills has been rejected by the United States.Russian Ambassador Vassily Nebenzia told the council it would be a “big mistake to underestimate this Russia-China initiative” for a so-called freeze-for-freeze, adding that Moscow would “insist on it being considered.”Chinese Ambassador Liu Jieyi again called for talks “sooner rather than later.”China, North Korea’s sole ally and main trading partner, had strongly objected to an oil embargo initially sought by the United States out of fear that it would bring the North’s economy to its knees.Instead, the level of crude oil is capped to the four million barrels it currently receives from a Chinese pipeline, while deliveries of refined oil products are limited to 500,000 barrels for three months from October 1 and to two million barrels from January 1 for a period of 12 months.That would amount to a 10 percent cut in oil products, according to the US Energy Information Administration, which estimates annual exports to North Korea at nearly 2.2 million barrels.The US official said the ban on textile exports would deprive North Korea of some $726 million in annual revenue.Washington has said military action remains an option in dealing with Pyongyang and threatened to cut economic ties with countries that continue to trade with the it.Earlier, North Korea said it would not accept any chastisement over its nuclear and missile program, which it says is vital to stave off the threat of an American invasion, and threatened to cause the US “the greatest pain and suffering it had ever gone through in its entire history,” in an official statement.Pyongyang has staged a series of missile tests in recent months that appeared to bring much of the US mainland into range.It followed up with a sixth nuclear test on September 3, its largest to date, which it said was a miniaturized hydrogen bomb.

No negative impact has been seen in the local people’s health and the environment around Sisdol area, the waste dumping 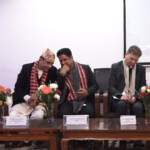